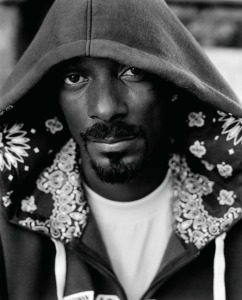 Billboard / Reuters — “You’re about to witness the eighth wonder of the world,” Snoop Dogg intones about “Tha Blue Carpet Treatment,” his eighth record and one focused squarely on the street-level gangsterism that fueled his rise from the hoods of Long Beach, Calif., to the top of the game.

“It’s not about what I’m doing or where I want to go,” he says. “I put all that aside for this one. I just wanted to make a record that feels good for the hood.”

In prescribing his “Treatment,” which Geffen released November 21, Snoop faced an editor’s nightmare: whittling a rumored 300 recorded tracks down to 21, which he did by adhering to those gangsta criteria.

There are quite a few VIPs walking down the carpet with him: R. Kelly provides a gooey-caramel hook on “That’s That”; the Game contributes a call for gangland unity on “Gangbangin’ 101”; B-Real adds Latin flavor on the Pharrell-produced call for black/brown unity on “Vato”; and Stevie Wonder lends vocals and harp to the redemptive “Conversations,” a sort-of remake of Wonder’s “Have a Talk With God.”

But the set’s most eyebrow-raising appointments come from the family doctor: Dr. Dre, with whom Snoop had not collaborated in five years. The most potent of their three co-headlining tracks is “Imagine.” Over a vintage-Dre beat of minimalist bang and twinkling piano, the pair envisions hip-hop both in an alternate universe (“Imagine Biggie with his son/Imagine ‘Pac being called ‘Pop’ by one”), and never having been born (“Imagine Russell still struggling/no Def Jam, just another n—a hustlin”‘).

BETTER TOGETHER
Asked what persuaded him to ask the Dr. for a house call, Snoop says simply, “Overdue. We waited long enough. My last two records were good without him. But it’s better when I work with him.”

But soliciting Dre’s involvement is a tricky proposition, because, as Snoop says, fans are looking for them to “make magic every time. When we started, wasn’t nobody expecting nothing. Now people expect some brilliant s–t from us. And 90% of what we do is magic. The rest, you’ll never hear it,” he says with a laugh.

Snoop admits to loving the work that comes with dropping an album and reclaiming his place. “I’m like an overseer,” he says. “You can say I come at the game from the perspective of a giant or a boss, but at the same time, I still play with these youngsters out there.”

How, you might ask, does he pull that off? “I do me,” he says, with a ready laugh. “When I do other stuff, the s–t doesn’t work. All I gotta do is be Snoop Dogg.”
True to form, “Blue Carpet” kicks off a Snoop-centric media blitz that will last for several months. He’s co-authored a book with David E. Talbert, “Love Don’t Live Here No More: Book One of Doggy Tales,” part one of a purported series centering on an aspiring rapper growing up in Long Beach. And next spring, he’ll star in “A Woman’s Touch,” a feature film he says will have the following effect: “Every black woman in America will love me,” he says, laughing, then breaks into a little Jennifer Holliday: “You’re gonna lo-ove me.”

“I don’t want to give anything away, but it’s something I’ve never done before,” Snoop says of his lead role. “I’m coming straight at the women with this. It’s not gangsta, not hood. It’s strictly for the ladies.”

A look, maybe, at the sensitive side of Snoop? “Nah, not sensitive,” he says with a laugh, “but an awareness that they are who they are. You know, in my songs it’s usually ‘bitches and hoes.’ But I wanted to make something specifically for them.”