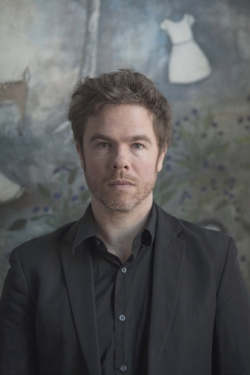 Island Packet — Some artists spend their whole careers deflecting explanations about what they’ve written, preferring to leave such details up to the adaptable whims of the listener or the perpetual appeal of mystery. In announcing his new record — the sterling, stop-reading-this-and-go-buy-it-already “The Beast In Its Tracks” — Josh Ritter dragged the explanation on stage and threw a spotlight on it.

“I wrote and recorded this record in the 18 months after my marriage had fallen apart,” he said in the album announcement/message to fans. “All heartbreak is awful — my broken heart wasn’t unique. But writing these songs was helping me get through the night, and I didn’t have the strength to care or question.” And thus was born what the media/Internet christened Josh Ritter’s Divorce Record.

But if you’ve been following Ritter’s career — if you haven’t, you should immediately seek out his 2002 debut “The Golden Age of Radio” and listen onward through 2007’s “The Historical Conquests of Josh Ritter” — you know that the Idaho-born singer is not one for self-immolation, or even allowing himself too much time on the dark side of town.