Should You Let Your Kids Win at Board Games (If You Can)?

On the whole, we’ve yet to establish a consistent routine about this winning-and-losing situation, and my inconsistency is clearly making a tricky situation worse. Sometimes I’ll take a dive in Battleship, levy an off-base accusation in Clue or make a deliberately lousy chess move to let the little people stay a competitive step ahead, and keep the game moving. And then sometimes I’ll decide that I must use this friendly game of Ticket to Ride: New York to teach him that life is an ever-stretching mosaic of boundless disappointment and that he must begin to navigate it immediately by dealing with how I blocked his route from Central Park to Greenwich Village.

My real bad answer for all this at On Parenting at the Washington Post. 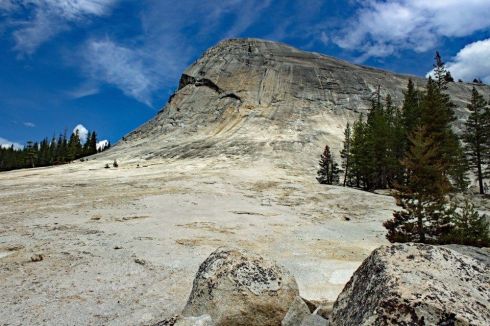 Why Are Summers So Short Now? (via On Parenting from the Washington Post) 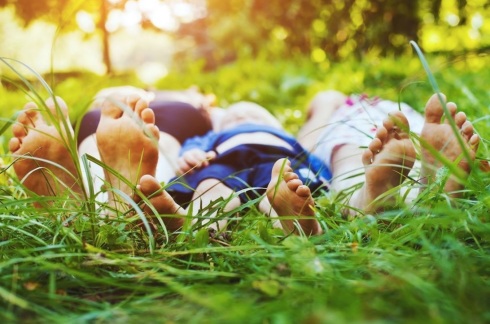 On Parenting from the Washington Post —  Are summer breaks shorter these days? Or have they always been this short? Is my memory of summer — days that ramble and roll with no particular end in sight — a revisionist lie, a trick of my aging and nostalgia-craved brain? Because that memory is a languid stream of pleasant boredom, a near-cliche mix of comic book hoarding, lunchtime wake-ups, improvised baseball games and the semi-regular side hustle mowing lawns for Camelot Music money. And in the memory, summer feels bottomless.

In the present, summer lasts nine criminally abrupt weeks, many of which feel spent before they’ve begun. It’s mid-July and we’re talking to fence-neighbors about teacher preferences and bus schedules, all of us feeling the end closing in. With just a little effort, you can almost see the gathering of autumn clouds. Somebody changed summer.

Help! My Son Doesn’t Give a Damn About Social Media! (via On Parenting at the Washington Post)

On Parenting at the Washington Post — My son, now halfway through his eighth-grade year, does not appear to have the slightest whiff of a care about social media, and until about two weeks ago I did not realize the severity of this problem.

Newly 14, my son is attached to his phone on a seemingly molecular level, but he has no Facebook account, no Twitter, no Snapchat, no social media presence to speak of (at least outside the world of Minecraft, where, I am told, he exists as a shipbuilding contractor of some repute).

For us, that’s fine, bordering on glorious; if we had to rank all the things we’re excited to deal with from a male teenager, The Hideous Labyrinthine Terror of Formative Years with Social Media is near dead last, right under Researching Tuition and Explaining Who Stormy Daniels Is. Yet when I mention this mysterious void to people, his seeming disinterest, I get a sort of head-cocked curiosity and a response on the order of, “Is that okay?”

Here’s what we figured out about it.

On Parenting at the Washington Post — Not to sound like one of those tiresome “everything was better about X when I was a kid” people, but when I was a kid, everything was better about snow days. The phrase itself was a code word for hours of maniacal fun, for compulsory playtime, for a vacation day illogically deposited midweek, for a meteorologically blessed block of time in which you were compelled to do nothing at all because even if you had a destination, you probably couldn’t drive to it. One 5:45 a.m. ring of the phone meant the day had exploded into a rainbow of possibility. By startling contrast, when my children’s school last week buzzed my phone four times — twice to report an initial two-hour delay and twice to report “Never mind, it’s gross outside and we’re bailing” — my response was more like this: OhfortheloveofPete.

The full story at On Parenting at the Washington Post.

On Parenting at the Washington Post — When I was 12 or 13, I busied myself with a range of pursuits, from the dumb to the very dumb to the hugely and galactically dumb. Every month, I purchased a new issue of Pro Wrestling Illustrated. I memorized the entirety of Young MC’s debut album, which contained “Bust a Move” and 12 songs that weren’t “Bust a Move.” I got really, really into  “Dr. Mario” (but I stand by that one, as over time I became startlingly good at it).

There is a monster cottage industry of millennials who record themselves playing video games, and my boys, ages 13 and 6, have plunged into it. Mild-mannered on most days, my children, when presented with these videos, spot-mutate into glassy-eyed replicants who draw the shades, hide under blankets and watch as many as they can before I dramatically stomp in and do my impression of the dad at the beginning of that Twisted Sister video.

Good News, Everybody, We Are Raising a Future Polka Star (via On Parenting at the Washington Post) 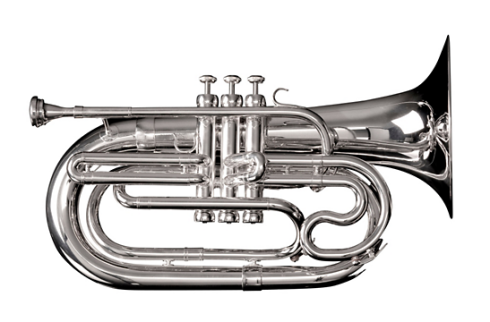 On Parenting at the Washington Post — Good news, everybody: We are the proud new owners of a baritone horn, a band instrument that’s big and brassy, and apparently not a tuba.

We’ve been renting it for my son’s band class for the past three school years, making monthly payments that — fun story — it turns out were actually lease-to-own payments that have ended with ownership of what is easily my family’s first enormous brass object with a spit valve. I am happy about this, in the way that you’re happy about suddenly owning a huge pricey object you weren’t planning to buy, and which will probably live in your basement, crawl space or attic for the next 40 years.

It’s a happy accident, and one that cements band as something that, in three years, went from a school-day hobby to a regular, if mysterious, part of my son’s identity.

The All-Ages Genius of Rockabye Baby (via the Washington Post)

Washington Post — Pro tip for aspiring PR executives: If you’re ever announcing a Beyoncé-themed baby product, try to do so just days before she Instagrams her pregnancy.

Such was the most recent stroke of good news in the potent, enduring tale of the Rockabye Baby series, which for 11 years and 78 albums has tried to alleviate one of the worst parts of being a parent — the music — with lullabied instrumental covers of songs from, you know, real bands. The Beyoncé version is the latest in a list that includes Prince, the Beatles, Springsteen, the Pixies, David Bowie, Eminem, the Cure, Guns N’ Roses, Rush, Kanye West, Radiohead, Adele, Cyndi Lauper, Tool and Iron Maiden. (If you think you had a weird day at work, imagine trying to coax “The Number of the Beast” out of a harp and glockenspiel.)

A look inside the world of the planet’s dominant Kanye West lullaby-making machine.

On Parenting at the Washington Post — One day, during my retirement, if there is still Social Security or whatever, I plan to write a collection of short stories called “Places I Have Lost My Son.” I lost him once in a state park, where, during a verdant and filthy family hike, he ambled ahead 10, then 20, then 500 yards, past a vigorous series of intersections and switchbacks. (We found him at the ranger station, making plans for what to do with his months-long iPhone ban.) I lost him once from his own bedroom when, at age 4, he let himself outside at 1:30 a.m. in a half-sleeping dream state, in search of the Polar Express. (We found him 20 minutes later a quarter-mile down the road, where he’d been discovered by two teenagers named Kevin and Brendan who were most assuredly not Tom Hanks.)

I’ve had to find him in zoos and museums, malls and airports, when something catches his imagination and instinct compels him to follow it. In my son’s brain, imagination is not some zingy, lively Peter Pan-type. It’s a 500-pound sumo wrestler who lumbers in and shoves aside all of the functions used for mindfulness and consciousness and “remembering to look behind him to see WHERE HIS DAD IS.” It’s both delightful, as there is no greater gift than childhood creativity, and god-awful terrifying, as there are few worse feelings than having to ask the nice security guards whether they have seen a 12-year-old in a blue hoodie. Twice.

Which brings me to how we totally lost him on the London subway.

On Parenting at the Washington Post — Generally speaking, Christmas trees arrive in one of two ways: 1. You pack a saw and rope and drive to a Cut Your Own Tree Farm, which makes you feel like a beefy, whiskey-swilling, red-bearded lumberjack army-crawling through dirt and pine needles and probably fire ants until you ask a 19-year-old to help you tie it to the top of your Honda Odyssey; or 2. You go to the attic and retrieve the Giant Box of Fake Christmas tree, which you purchased some years ago from, hypothetically speaking, a Kmart in east-central Indiana.

My family went with Option B. As I was fortunate enough to have both a Christmas-loving family and unusually tall ceilings, our fake tree was a goliath, a monstrous army-grade artificial Douglas fir Fraser pine (okay, I have no idea what it really was, I slept through college horticulture) that endured for nearly a decade. It was rich, plush and lifelike, even if it smelled less like evocative forest pine and more like the inside of a Kmart in east-central Indiana.

Mostly, it came in a box.