GQ — Noah’s Ark is the first left after the gas station, down the street from the Mexican restaurant.

I know going in that it’s technically called the Ark Encounter, that it’s dry-docked here in Kentucky, and that it’s the work of a creationist organization called Answers in Genesis (AiG). But given that it constitutes a $100 million boat-shaped Bible theme park and the self-proclaimed “largest timber-frame structure in the world,” I’d expected a more dramatic approach. Maybe some animatronics. At least a little traffic. Instead the thing just appears in the distance, massive and curious and facing away, as if it has already started sailing without me.

From this perspective, I can already tell that it doesn’t look a thing like the Noah’s Ark I heard about in Sunday School, which was essentially a Little Tikes pool toy that eluded the laws of physics while ferrying a floating zoo to safety during a rainstorm. As the celestially appointed sea captain, Noah was depicted as a jolly Caucasian carpenter with kind eyes and a Dumbledore beard. He carried a staff, which he used to herd the koalas and llamas, all of which were extremely huggable.

The Ark Encounter is a lot of things, but it’s not huggable. Here’s what’s going on inside the planet’s judgiest, death-iest theme park.

What Is Pea Milk and Should You Be Drinking It? (via GQ) 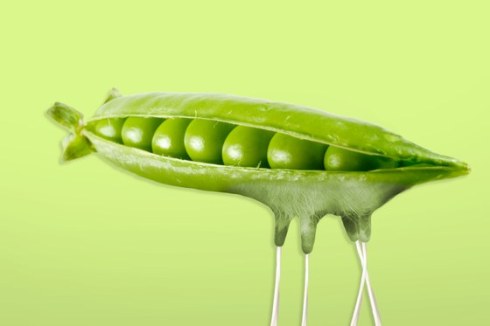 GQ — Alright, let’s get this out of the way: If you can say the phrase, “I’m about to drink a nice glass of pea milk” out loud without dissolving into hysterics, you have never been to seventh grade and I feel sorry for you.

And yet we need milk alternatives because cows are over and everybody hates them now. No one drinks milk anymore; we’ve all turned to an uproariously diverse buffet of beverages that includes, but is not limited to, almond milk, coconut milk, macadamia milk and hemp milk (yes it’s real, and no it doesn’t). The newest—and pretty much only—entrant into the white-hot alternative milk game is Ripple, a yellow split pea-based concoction that has already made the industry sit up, take notice, giggle at the name, and then say, “Eh, sure, why not.”

9 Reasons Owning a Minivan is Secretly Thrilling (via GQ) 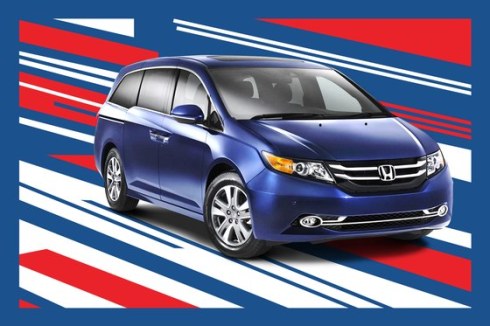 GQ.com — This Memorial Day weekend, many of you will need to transport family members long distances across this great land. You will have myriad vehicular options, but precisely zero of them is better than a minivan. Now, you might think you are too awesome for a minivan. You might think SUVs are a more appropriate option, or that minivans have become shortened visual code for “sad-eyed, suburban-dwelling Blake Shelton fan.” But you will be wrong for these reasons.

GQ — In addition to getting away with anything he wanted, Indiana-born rock vocalist W. Axl Rose spent his band’s 1991-1993 Use Your Illusion tour cycling through an increasingly unhinged series of onstage outfits that screamed, “Seriously, I can wear anything I want and you guys won’t say a thing, now can someone please launder my Manson shirt.” Here now, with the benefit of hindsight and in preparation for the band’s reunion tour — which is still happening, right, you guys are packing and everything? — a brief review of some of Axl’s memorable onstage looks:

The Cubs Are Going to Win It All This Year, Unless That Headline Just Cursed Them Forever (via GQ)

GQ — It is the weirdest feeling to walk into Wrigley Field and expect good things. This is Wrigley. Expectation doesn’t happen here. Hope, sure. Delirium, annually. Layering yourself a mental brickwork of psychological defense against a century of history, yes, as a matter of course. But when you’re sitting in the third-base grandstands and Addison Russell has just crushed a three-run homer for the lead in the eighth and the place feels like it’s going to explode it’s hard not to think one thing: Where the hell am I?

The scene inside Wrigley on a bonkers opening night.
.
.
. 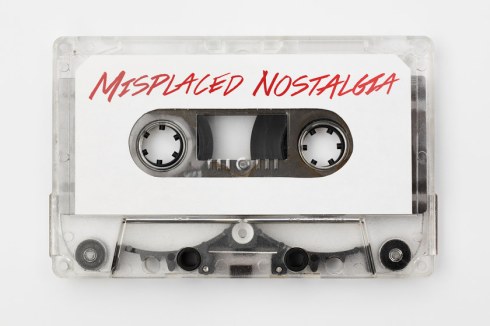 GQ — For the last several years, the mall rats at Urban Outfitters have served as some of our nation’s leading vendors of vinyl records, which is news that would be morally disquieting if I didn’t buy vinyl at Urban Outfitters, which I have been known to do, because they had a bright-red edition of the Charlie Brown Christmas LP and I am not made of stone.

Look, I understand that America’s Adult Buying Population has a soft spot for literally anything it previously encountered during the glory days of adolescence, but let’s be clear: Cassettes are stupid, for these very good reasons.

Kenny Chesney: How the Fittest Man in Country Stays That Way (via GQ)

GQ — Kenny Chesney’s songs may be about whiling away his days in sun-baked margaritavilles, but his own summers are frenetic. That’s because, in 2016, the list of male pop stars who can routinely sell out stadiums pretty much begins and ends with him. Last summer he played to 55,000 at the Rose Bowl (in its first-ever country show), 58,000 at MetLife Stadium and 54,000 at Mile High Stadium; he sold out his 12th and 13th nights at Gillette Stadium and broke his own records at Heinz Field, Lambeau, Lincoln Financial Field in Philly, and Arrowhead Stadium in Kansas City. And these aren’t ballad-heavy evenings; they’re two-plus hours of relentlessly carbonated pop-country, punctuated by sprinting and jumping and hat-flipping.

Chesney may sing about boats, beaches and Barbados, but his health ethic is dead serious—especially for a guy who grew up in Tennessee, a place not particularly noted for its judicious approach to portion sizes. Today, at 47, it’s still paying dividends.

Check it out here. 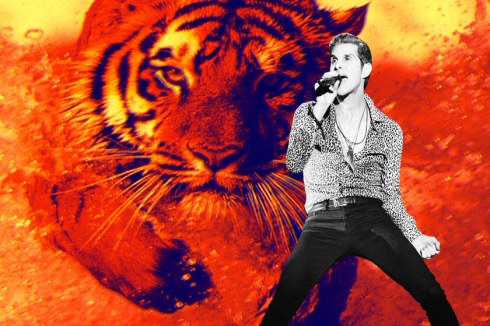 .
GQ — Look at this man. Perry Farrell is, pretty obviously, a jungle cat. He’s a prime physical specimen, a rock star in the cosmic sense, a man of wildly diverse active interests and a guy who is very, very difficult to interview about staying in shape. Because though Farrell, at 56, is cut like a beast and in peak condition, he is not a guy who shares his workout philosophy in what you might call “a linear fashion.”

But here’s the weird thing: His advice, when it comes, is a wild mix of new-age mysticism and the most consistently conservative approach to fitness you’ve ever heard. One minute it’s, “Musicians were revered because we provided almost a psychiatry in the way people can hear a song and be healed by it,” and the next it’s “If you feel like you’re eating too much, stay away for a while until you trim down.”

So rather than try to fashion his thoughts into some synthetic order, we present Perry Farrell’s Obviously Effective Yet Highly Non-Linear Rules of Fitness. (Only one of them involves throat-cutting!)

GQ — You know how it is: You’re bored at some fancypants dinner party, so you meander over to the snack table and think, “Cool, they have cheese,” and then, “Whoa, that cheese is tasty, I should have another few blocks,” and then 10 minutes later you’re smearing cheese all over your nose and jumping over coffee tables while shouting about how you’re the god of thunder? Well FINALLY science has taken a break from proving Earth’s spherical shape to B.o.B to afford us an explanation: Turns out cheese triggers the same excitable brain-parts as some of your favorite hard drugs! So the opposite is probably also theoretically true, which will help explain if you’ve ever been like, “This meth is good, but what I’d really love is some lasagna.”

The full sharp revelation over at GQ.com.

This simply does not happen to normal people.

GQ.com — The Guns N’ Roses reunion is actually happening, which means one thing: It’s definitely not happening. But on the off chance everyone’s shit is held sufficiently together to perform the band’s threatened Coachella sets and the alleged stadium (!) tour to follow, this could very seriously be the only show worth seeing in 2016. (Fact: Even when they’re played by some numbnuts in an upside-down KFC bucket, the opening notes to “Jungle,” when heard live, actually light you on fire, and now Slash is playing them). While we wait for whatever is happening in Team Guns to play out (probably a TON of kilt-laundering), we thought we’d revisit the insane, epic, over-the-top, blank-check, golden-god phase in which Axl Rose and his borderline personality disorder frightened everyone into letting him do anything he damn well pleased. Best of luck, guys. We’ll see you in the desert. (Please text us if you’re not gonna make it.)

Get in the ring at GQ.com