The Loggins Showdown: The Masters vs. ‘Caddyshack’ (The Loop / Golf Digest) 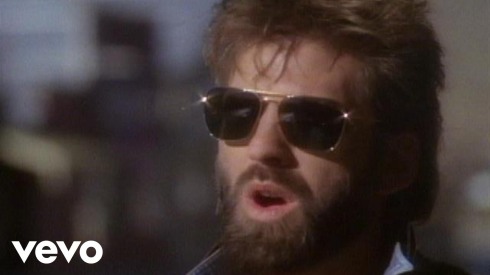 The Loop / Golf Digest — For time immemorial, CBS’s Masters theme music has been a song called “The Masters Theme Music,” or, “You Know, the Masters Song, No I Don’t Know What the It’s Called and God Stop Asking Me, Doug.”

As it happens, this song bears an actual title, which is “Augusta.” It also has an actual composer, who is a man named Dave Loggins. And if that name just triggered an endorphin fire in the brain-storage unit reserved for Golf-Adjacent Songs of the Very Early 1980s, you’re alright: Dave is the third cousin of Kenny Loggins, the maple syrup-voiced and impeccably groomed beardsmith who provided the “Caddyshack” theme song, “I’m Alright,” as well as music for the decade’s most iconic films about Tomcat dogfights and underworld arm wrestling. Basically, if you were an adult Caucasian male between 1980-1987, your favorite song was probably written by a Loggins.

And even if not — maybe you were a “Rock Me Amadeus” kind of guy, whatever — how weird is this? Two Logginses, each with his own iconic golf-ish track, in the same epoch. How did these guys get here? And more importantly, how do they stack up against each other? Here, for the first time, we invent AND promptly end an All-Loggins Cage Match, a Golf Song Rumble in the Impeccably Landscaped Environs of an Affluent Golf Club. Wipe on the beard oil and let’s do this.

We Played MLB Opening Day 2018 on the Original NES, For Accuracy (The Loop / Golf Digest)

The Loop / Golf Digest — Baseball’s 2018 opening day is weird: Instead of the traditional method of staggering their first games, all major league teams open on March 29 — the earliest date in MLB history, and one that will probably find you plopped at work understandably believing the season doesn’t start for another four days. But not to worry, baseball friends! You’ll miss nothing, as we have simulated the ENTIRE DAY already, using sabermetrics and psychotropic research and Theo Epstein’s algorithm-spitting robot from the future and TECHNOLOGY, by which we mean 15 baseball games made for the Nintendo Entertainment System.

LET US STOP YOU RIGHT THERE, because we know what you are about to WHINE: Many baseball teams from 30 years ago contained ENTIRELY DIFFERENT PLAYERS! Many of your favorite squads and also the Marlins didn’t even EXIST THEN! And many video game companies didn’t even spring for MLB RIGHTS so your “Pittsburgh Pirates” might actually be VIOLENT DROIDS WITH ARM CANNONS AND TREADS. To all you haterz we say: This is the INTERNET, where facts don’t stand a CHANCE against cheap nostalgia, so of COURSE much of this is wrong. You can shove your facts into the baseball beat writer at your “hometown newspaper,” hahahaha just kidding, you don’t have one.

Now, with that said and a 2-liter Mountain Dew and a sack of Doritos jammed shoved unforgivingly in between the couch cushions, let’s play fake ball. Some takeaways from taking ourselves out to the 8-bit ballgame. 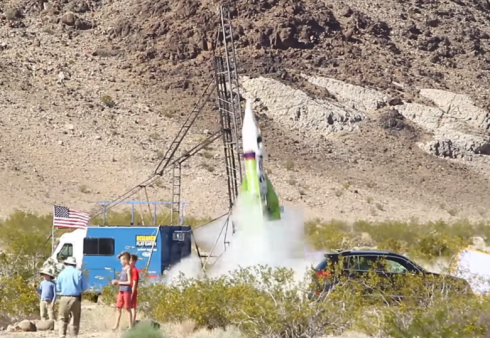 The Loop / Golf Digest — Big news this weekend for sociopathically stubborn narcissists, people who misunderstand and thus fear science and Kyrie Irving, whether he was running an experiment or not: A man who’s been trying for years to prove that the earth is flat finally managed to launch a rocket! We will get to why those two sentence clauses go together in a moment, but first let’s pause to pat this guy on the back and get him a Flavor-Ice. We’re proud of you here on the plate-like enormous floating disc on which humans live, work and orbit, somehow.

Meet “Mad” Mike Hughes (nickname self-applied, although take a nice hot look at his picture, he’s just getting out in front of this), a self-declared Flat Earth Researcher, self-taught rocket scientist and, we’ll just go ahead and guess, home-schooled barber. He is also a 61-year-old limo driver, a job for which we assume he was trained.

The rest of whatever this is.

30 years ago today, "One Shining Moment" made its debut on CBS. Here's the original version that started an incredible Tournament tradition. pic.twitter.com/NTUgfVZarW

The Loop / Golf Digest — “One Shining Moment” is not a great song, but you know that already. It’s not required to be a great song, or even a good song. Technically it’s not even required to be a song at all — the people who wrote it (a guy in a bar) and recorded it (according to canon, only Luther Vandross) needed only to lay out some sweet velvet sheets for some hardcore montage-ing. It’s ambient lighting, blithely stirring background sounds by which to recap the passingly important memories you and your TV made in the past three weeks. It’s “arguably the most famous song in sports,” according to the Wall Street Journal(betraying its anti-“Super Bowl Shuffle” bias AGAIN). But it’s also pretty much “The Touch,” a preservative-stuffed platter of Max Headroom-era cheese, and about 85% of its value derives from the fact that it reminds people of the late ‘80s, which is the sole reason anything gets made anymore anyway.

That said, can we all resolve to try real hard not to kill it?

Help! My Son Doesn’t Give a Damn About Social Media! (via On Parenting at the Washington Post) 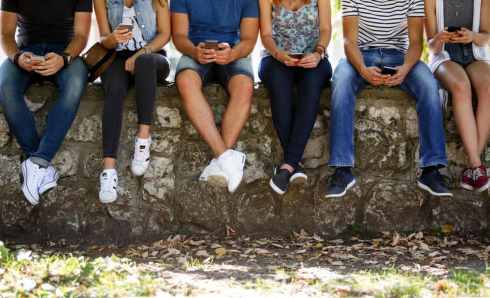 On Parenting at the Washington Post — My son, now halfway through his eighth-grade year, does not appear to have the slightest whiff of a care about social media, and until about two weeks ago I did not realize the severity of this problem.

Newly 14, my son is attached to his phone on a seemingly molecular level, but he has no Facebook account, no Twitter, no Snapchat, no social media presence to speak of (at least outside the world of Minecraft, where, I am told, he exists as a shipbuilding contractor of some repute).

For us, that’s fine, bordering on glorious; if we had to rank all the things we’re excited to deal with from a male teenager, The Hideous Labyrinthine Terror of Formative Years with Social Media is near dead last, right under Researching Tuition and Explaining Who Stormy Daniels Is. Yet when I mention this mysterious void to people, his seeming disinterest, I get a sort of head-cocked curiosity and a response on the order of, “Is that okay?”

Here’s what we figured out about it.

There Are 57,000 Hoops in Indiana, But Only One Hoosier Gym (The Loop / Golf Digest)

The Loop / Golf Digest — To find baseball from before, the wool-clad, leather oil-smelling, faded-yellow version that predated whatever you feel corrupted it, you go to Cooperstown, and you lope through ice cream parlors and hand-painted memorabilia shops and maybe into Doubleday Field, where a sleepy game of aging locals may be living out unclaimed dreams. Doing it for basketball is a little easier: Drive to Knightstown, Ind., an hour east of Indianapolis, just three miles off the I-70 exit, where the price of basketball Americana is exactly zero dollars.

Knightstown houses the Hoosier Gym, built in 1921, polished up in 1936, shuttered in the 1966 and revived in 1985 for the filming of Hoosiers, where it played the home court of Miraculous State Champions Milan (renamed Hickory in the fictionalized version) and enshrined itself as an evocative hoops-tourism destination, once the cast and crew got over thinking they’d just shot an audienceless throwback bomb.

It wasn’t. Here’s what basketball is like inside the Hoosier Gym. 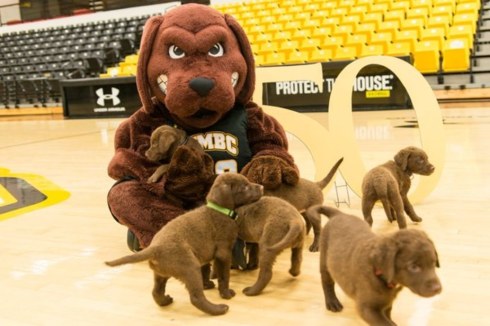 Armageddon It: Which of These Movies Are Not Actually Disasters? (The Loop / Golf Digest) 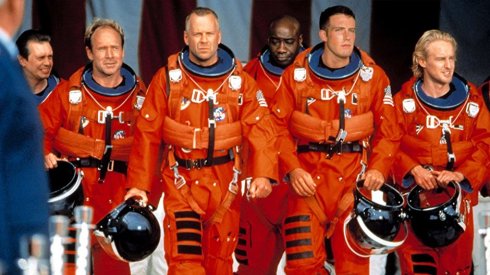 The Loop / Golf Digest — This weekend sees the release of the new movie “The Hurricane Heist,” which has the welcome manners to not go screwing around with some precociously clever English grad-student title. Oscar or no Oscar, no one here at The Loop is remotely going to the “The Shape of Water” or “Darkest Hour” without some CLARIFICATION, or at least someone telling us how and when Black Panther is involved.

Anyway, in addition to being this weekend’s No. 4 movie, “The Hurricane Heist” is something more: The latest and probably wettest entry in the field of Damp and/or Apocalyptic and/or Cattle-Flinging Meteorological Catastrophes, a genre that stretches back to the 1897 silent-film classic “Remarkable Day of Wind in Tulsa!” There have been so many of these films that Hollywood has physically run out of planet-splattering meteorological phenomena to base them on, which is why they’re just making “Avengers” movies and films described as “sea creature romances,” ugh, whatever.

As such, we decided to take over and write a few of our own: See if you can separate the four VERY REAL DISASTER MOVIES below from the ones that we invented by deep-diving into the clickbait suggestions on the Weather Channel site for like 10 minutes. (To make things fair, we’ve excluded the super-easy go-tos, like “Titanic” and “Deep Armageddon” and “Twister”. Everybody laughs when the cow goes soaring by, but I’m from Indiana, man, those are no joke. Airborne cows crash into the Mellencamp’s infinity pool like three times a spring, but you never hear about it because of how he controls the media.)

Anyway, find the fake ones! 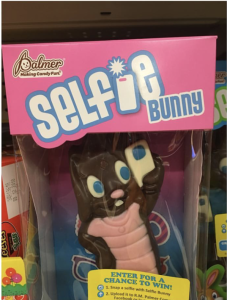 Say hi to your newest enemy. 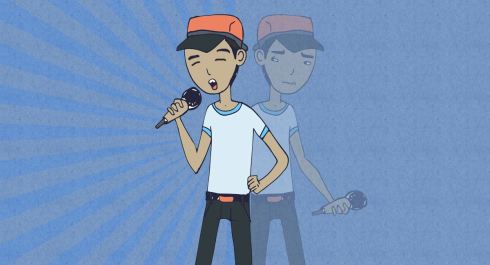