Indianapolis Monthly — Ask John Mellencamp fans for memories of his best shows in Indiana, and one thing quickly becomes clear: The guy has performed in a lot of places around here. He has played bars and football stadiums, basketball arenas and fancy theaters, Farm Aids and guerrilla gigs. Regardless of venue, though, the shows have rarely disappointed. “As much praise as he’s gotten, I think he’s still underrated as a live performer,” says Anthony DeCurtis, a contributing editor at Rolling Stone who received his Ph.D. in American literature from Indiana University. “I saw him in 1992, and it was just torrid. I don’t think I’d seen John in an arena to that point, and I remember thinking, ‘Boy, he’s not having too much trouble filling up this space.’”

In honor of Mellencamp’s August 4 date at Bankers Life Fieldhouse, the final show of a tour that has made a number of Indiana stops already, we compiled a scattered, highly unscientific, and 100 percent debatable list of Mellencamp’s best Hoosier concerts over the past four decades. As you might suspect, the list is culled from minutes and memories, so if yours are different (and they probably are), drop us a line. Here are our choices, presented in chronological order because we can’t really rank them. Well, except for maybe that one.

Here’s to you, Jimmy: A salute to Buffett’s enduring appeal 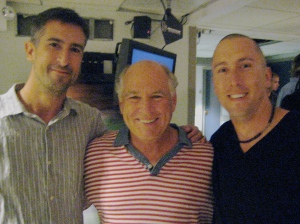 Indianapolis Star — For many years my mom hung a framed towel that Jimmy Buffett threw at her in her living room.

This is actually not that big of a deal. Jimmy Buffett has also signed autographs for my mom, indirectly fulfilled a song request for my cousin, joked with us backstage at “Late Night With Jimmy Fallon” about the showers at Deer Creek (“You should see the Port-A-Potties,” my brother shot back, brilliantly) and graciously played for us more than 30 times. (The towel, incidentally, was thrown at us in a 1998 Detroit concert and actually caught by said brother, who basically Spider-Manned himself across three seats to make sure he caught it, lest we suffer the indignity of going home without a towel full of Coral Reefer sweat.)

It goes on like this, the stories and memories and inside jokes about a man whose arguably biggest hit, “Margaritaville,” was released 34 years ago. If I have to choose, if there’s only time and budget for one trip home a year, I will without hesitation pick the Buffett show over relative silliness like “Christmas” or “Thanksgiving.” I know it, my family knows it, and everyone is extremely cool with this arrangement.

Click here for the article at the Indianapolis Star.