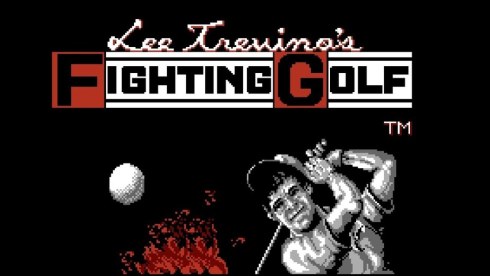 The Loop / Golf Digest — The classic Nintendo Entertainment System was great for games in which overdramatic and cliched Italians hurled turtle shells around subterranean drainpipes, but real bad for golf. Between the years of 1984 and 1992, the original NES spawned a handful of golf-oriented video games, all of which attempted to capture the majesty of the sport and none of which, to our memory, came within a country mile of Ninja Gaiden or Metroid or even Golgo 13, and yeah, I see you out there, my Golgo 13 people.

But was that memory false? Did the games hold up better than we remembered, in our decades-old Super Tecmo Bowl-themed fog? This week we set forth to find out, using a Raspberry Pi, a customizable and probably legal device on which you can basically play every video game released between 1860 and 1993. (Indeed, the entire vast breadth of your video-game childhood now fits on an SD card the approximate size of a Wheat Thin, although of course they taste entirely different.)

With that in mind, a revisiting of Nintendo’s Finest and Only Occasionally Racially Insensitive Golf Moments.

My writing has appeared in GQ, Men’s Health, Success, the Washington Post, the official BruceSpringsteen.net, Indianapolis Monthly, Billboard, Modern Bride and more. END_OF_DOCUMENT_TOKEN_TO_BE_REPLACED
This entry was posted on Wednesday, February 21st, 2018 at 11:43 am and tagged with funny, golf, humor, nes, nintendo, video games and posted in Culture And / Or News, Humor Columns, Tech, The Loop / Golf Digest. You can follow any responses to this entry through the RSS 2.0 feed.
« The Slovak Olympic Bandwagon is Now Boarding (via The Loop / Golf Digest)
Here’s Where “The Hamilton Polka” Fits Into Weird Al’s Rich Polka Catalogue (The Loop/Golf Digest) »