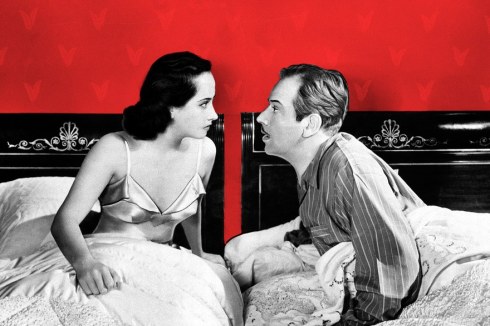 GQ (Sept. 2017) — I like my wife very much, and I operate under the assumption that she likes me, but our past few months have been made immeasurably better by the manner in which, come nightfall, she and I have nothing to do with each other.

We hadn’t always slept apart. For years I would lie awake beside my wife and seethe at her perpetual pillow-shuffling, the icy light of her Words with Friends game, and, most significantly, her alarm clock, which announced itself every morning at 5:45 A.M. and was followed by her hammering the snooze button with such vigor that I began to suspect it wasn’t a snooze button at all but a switch that summoned waffles and back rubs from some other, better husband. She, meanwhile, suffered through a partner—i.e., me—who apparently snores like an elephant giving birth inside a Dumpster.

Our nightly war fueled a mutual resentment that welled up like water in a dam. Then, one morning, everything burst. “Don’t take this the wrong way,” she said, staring into the first of her multiple coffees, “but I can’t sleep with you.”

My writing has appeared in GQ, Men’s Health, Success, the Washington Post, the official BruceSpringsteen.net, Indianapolis Monthly, Billboard, Modern Bride and more. END_OF_DOCUMENT_TOKEN_TO_BE_REPLACED
This entry was posted on Tuesday, August 22nd, 2017 at 3:44 pm and tagged with co-sleeping, gq, relationships, sleeping and posted in Culture And / Or News, Feature Articles, GQ, Humor Columns. You can follow any responses to this entry through the RSS 2.0 feed.
« How to Watch the Eclipse and/or Burn Your Eyes Out, Both Seem Like Solid Ideas This Week (The Loop / Golf Digest)
How Fair Oaks Farms is Addressing the Farmer Shortage in Indiana (and the World) (via Indianapolis Monthly) »