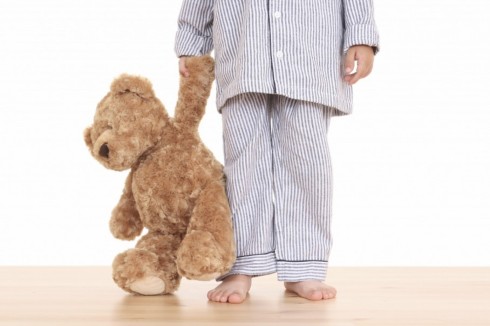 On Parenting from the Washington Post — It was a little before 2 a.m. when we discovered our 4-year-old wasn’t in his bed, but it took several more minutes to realize he was also not in the house. The details of the night have grown muddled through the initial fog of panic, years of retelling and the way the now 11-year-old doesn’t exactly remember it, but here’s what we’ve pieced together:

The 4-year-old, at some point between the last time we checked on him and the 911 call, awoke in his bedroom on the second floor. He got right out of bed, opened his door, walked down the hall, turned left, went downstairs and passed through both the kitchen and living room, where his mom had fallen asleep on the couch while studying. He flipped up the lock on the sliding glass door, opened it, unlocked the screen door, opened that too, extracted a pair of floppy blue Crocs from the shoe basket, slipped them on over his footie pajamas and walked outside, closing both doors behind him. We’re still not sure if he was awake — we’ve come to find he inherited his dad’s entertaining gift for sleepwalking  — but we do know it wasn’t an accident, or some wandering gone awry. He wanted to go outside, so he went outside.

My writing has appeared in GQ, Men’s Health, Success, the Washington Post, the official BruceSpringsteen.net, Indianapolis Monthly, Billboard, Modern Bride and more. END_OF_DOCUMENT_TOKEN_TO_BE_REPLACED
This entry was posted on Tuesday, January 19th, 2016 at 2:56 pm and tagged with dads, humor, kids, moms, parenting and posted in Dad Stories, Humor Columns, washington post. You can follow any responses to this entry through the RSS 2.0 feed.
« Ask Me Anything: Jamie Hyneman, Outgoing MythBuster (via Indianapolis Monthly)
13 Times Axl Rose Was Left Completely Unchecked During the ‘Use Your Illusion’ Era (via GQ) »