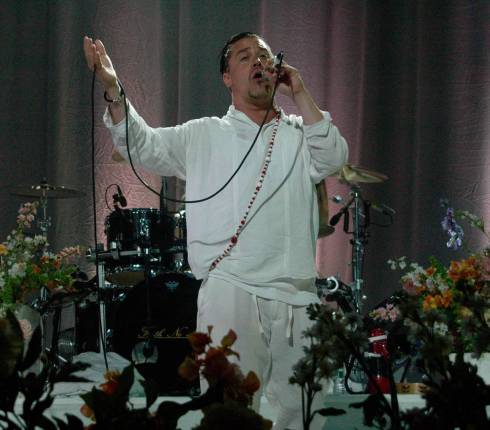 Live Nation TV — When Faith No More started playing gigs in seedy San Francisco clubs three decades ago, the idea that they’d one day headline arenas was almost as absurd as the music they were making. But their 2015 comeback, like pretty much everything they did throughout the ’80s and ’90s, has exceeded expectations.

“People seem to like the new record,” says the 52-year-old founding keyboardist Roddy Bottum. “Of course there’s the nostalgia factor, but we also see people who heard about the band but never saw the band, who maybe feel like they missed something the first time around.”

My writing has appeared in GQ, Men’s Health, Success, the Washington Post, the official BruceSpringsteen.net, Indianapolis Monthly, Billboard, Modern Bride and more. END_OF_DOCUMENT_TOKEN_TO_BE_REPLACED
This entry was posted on Wednesday, November 4th, 2015 at 8:52 am and tagged with faith no more, interview, music and posted in Interviews, Live Nation TV, music. You can follow any responses to this entry through the RSS 2.0 feed.
« If You’re 11, There is an Awful Lot of Crying in Baseball (via the Washington Post)
5 Nights in the Life of the Zac Brown Band (via Live Nation TV) »