Here’s Why I’m Not a Sports Dad, Aside From Being Very Terrible at Sports (via Success) 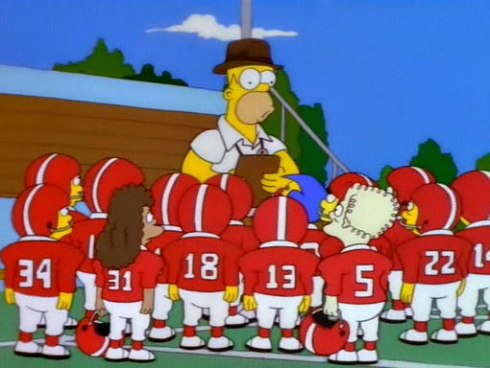 Success — Here’s the story I usually tell when someone brings up nutty sports parents.

At the first T-ball practice of the season, back when my son was 7, I introduced him to the coach. I told the man that Jake had begun playing only the year before, on a team named after a fine local flooring store. The words were apparently a trigger.

“I remember you guys!” The coach suddenly exclaimed, more animated than people usually are when discussing the marketing strategies of local flooring stores.

“We played you in the championship—you beat us 7-3! You had orange uniforms, right? And you had those little blond twins who were really good.” Here he turned to his own son, who ambled up behind him. “You remember, right?” The kid rattled off their names. This went on for a few minutes, and the whole time I stood there dumbly thinking, Wait, there was a championship?

My writing has appeared in GQ, Men’s Health, Success, the Washington Post, the official BruceSpringsteen.net, Indianapolis Monthly, Billboard, Modern Bride and more. END_OF_DOCUMENT_TOKEN_TO_BE_REPLACED
This entry was posted on Tuesday, August 18th, 2015 at 9:27 pm and tagged with coach, dads, funny, humor, sports and posted in Dad Stories, Success. You can follow any responses to this entry through the RSS 2.0 feed.
« RIP Columbia House, Without Whom I’d Have Accumulated Like Half as Many Extreme and Tesla CDs (via GQ)
Idina Menzel on Radiohead, Joni Mitchell and That Song From the Movie (via IndyStar) »

3 responses to “Here’s Why I’m Not a Sports Dad, Aside From Being Very Terrible at Sports (via Success)”